Vital devotions to the Sacred Heart of Jesus 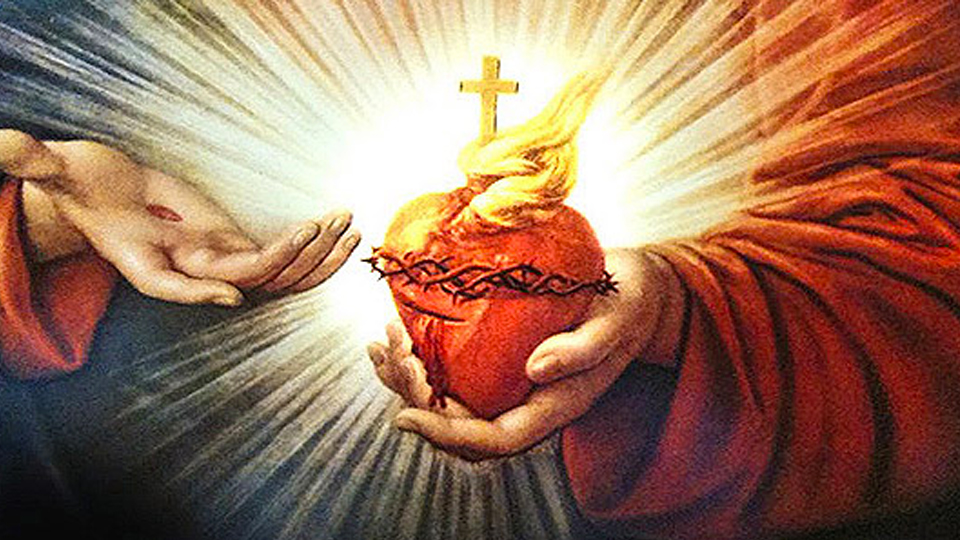 Enthronement of the Sacred Heart at home,
and the Nine First Fridays of Reparation.
Philip Kosloski of Aleteia lays it out at:
https://aleteia.org/2016/04/29/5-things-catholics-should-know-about-first-fridays/

It is no wonder, therefore, that our predecessors have constantly defended this most approved form of devotion — the pious devotion of the faithful toward the Most Sacred Heart of Jesus [and] the custom of receiving Holy Communion on the first Friday of every month at the desire of Christ Jesus, a custom which now prevails everywhere.—Pope Pius XI Miserentissimus Redemptor
What’s so special about First Fridays?
Our parents grew up going to church every First Friday of the month and taking part in Sacred Heart devotions, but in recent decades the pious practice has fallen out of practice, and is dismissed by some as an “old-fashioned” anachronism.
A main reason for the decline in interest in this devotion is probably rooted in simple ignorance: people don’t know what First Fridays are all about; families and parishes may not have adequately passed down their importance to the next generation. Here are five things to know.
1. How did the First Friday Devotion begin?
While some saints referenced the Heart of Jesus in their writings even centuries earlier, in 1673, a French Visitandine (Visitation) nun named Margaret Mary Alacoque had visions of Jesus, wherein he asked the Church to honor His Most Sacred Heart. In particular, Jesus asked the faithful to “receive Communion on the First Fridays, for nine consecutive months.” The request was connected to a specific promise made to all who venerated and promoted devotion to the Sacred Heart. After Margaret Mary’s death, the First Friday practice steadily spread in the Church — endorsed by popes and promoted by saints — but it greatly increased in popularity when Margaret Mary was canonized a saint in 1920 by Pope Benedict XV.

2. Why nine consecutive months?
The number nine is traditionally associated with a novena and finds its origin in the nine days that the apostles spent in prayer before Pentecost. A novena provides an extended amount of time for preparation and interior renewal.
3. What am I supposed to do on First Fridays?
Go to Mass and receive Holy Communion with the intention of honoring Christ’s Sacred Heart. If you are not in a state of grace, and thus unable to receive, you will also need to go to confession.
4. What are the “promises” connected to this devotion?
Jesus said to St. Margaret Mary, “In the excess of the mercy of my heart, I promise you that my all powerful love will grant to all those who will receive communion on the First Fridays, for nine consecutive months, the grace of final repentance: they will not die in my displeasure, nor without receiving the sacraments; and my heart will be their secure refuge in that last hour.” This means that if a person faithfully receives communion for nine consecutive months on First Fridays, Jesus will grant that person extra graces at the time of their death, making it possible to repent of their sins and receive the last rites (if needed).
This promise is the last of 12 promises connected to the Devotion to the Sacred Heart, particularly attached to the Enthronement of the Sacred Heart in one’s home:
(1) I will give them all the graces necessary in their state of life.
(2) I will establish peace in their homes.
(3) I will comfort them in all their afflictions.
(4) I will be their secure refuge during life, and above all, in death.
(5) I will bestow abundant blessings upon all their undertakings.
(6) Sinners will find in my heart the source and infinite ocean of mercy.
(7) Lukewarm souls shall become fervent.
(8) Fervent souls shall quickly mount to high perfection.
(9) I will bless every place in which an image of my heart is exposed and honored.
10) I will give to priests the gift of touching the most hardened hearts.
(11) Those who shall promote this devotion shall have their names written in my Heart.
(12) I promise you in the excessive mercy of my Heart that my all-powerful love will grant to all those who receive Holy Communion on the First Fridays in nine consecutive months the grace of final perseverance; they shall not die in my disgrace, nor without receiving their sacraments. My divine heart shall be their safe refuge in this last moment.
5. Are the First Fridays a “ticket” to heaven?
It is not as simple as going to Mass for nine months and then clocking out, never going to Mass again and leading a sinful life! The entire purpose of this devotion is to draw a person closer to the heart of Christ. If a person fulfills these obligations with sincere faith, it is natural for he or she to be closer to God and better prepared for death. The moment that this devotion is observed in a superstitious manner, neglecting the need to live a virtuous life, all bets are off and Jesus’ promise is null and void.
Jesus wants us to rest on his heart, like St. John, and the First Friday devotion is an opportunity for us to encounter him more than just on Sundays and to deepen our love of him.
Coming to know, love and trust that we may take rest in the Sacred Heart of Jesus, and place our anxieties within, is what the First Fridays are all about.
[Editor’s Note: Take the Poll – Do You Still Celebrate First Fridays?]
1st (Friday) March, 2019
Posted by AMAIC at 3:27 PM 0 comments

Magi guided by prophecy of Balaam and by Venus 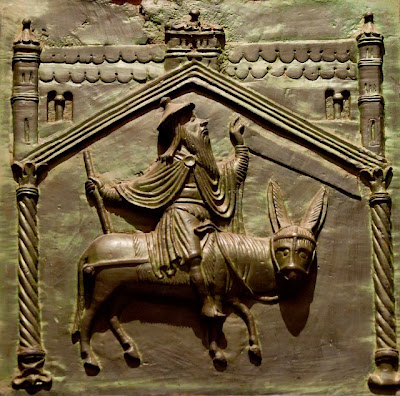 …. Even though the countless Christians throughout the ages have differed significantly from person to person, all have but one true test of faith and that is the belief in Jesus Christ being none other than the Son of God, and indeed, God himself. According to the Bible which contains the earliest surviving accounts of Jesus life, Christ was born in a stable in Bethlehem in the Roman province of Judaea, during which time a census was being taken. Of course, once we determine exactly which census that was we can also discover the precise date for Jesus’birth. But as to which census that was has left many an accomplished modern historian without an answer. However, doubting the accuracy of the Bible on these grounds is literally jumping hastily to unnecessary conclusions. As with so many things ancient, a little investigative work can help to fill in the picture. As I will now explain, the birth of Jesus Christ as told of in the Bible is firmly rooted in solid historical facts, and this is true also of the census during that humble, yet historically momentous and epoch-making birth.

Why did God Make the Sun, Moon and Stars?

The Bible explains the purpose of the sun, moon and stars in the first chapter of the Bible. God said, "Let there be lights in the expanse of the sky to separate the day from the night, and let them be for signs, seasons, days and years (Genesis 1:14). The Bible groups the sun, moon, stars, planets, comets, etc. together, generally their purpose is to be lights and to order time, but one of their purposes is to be for signs. …. The word sign in the Bible in its simplest form is used synonymously with our word picture. …. The stars form pictures that we call constellations, in a connect-the-dots fashion. The Bible mentions constellations, some by name: the Bear, Orion, Pleiades. …. The sign for the tribe of Judah was a banner with a picture of a lion for the Lion of the Tribe of Judah. …. The constellation associated with Judah is Leo, which is Latin for lion. …. From the context sign not only means picture, but has a clear relation to time, because of its association with seasons, days and years. So to summarize one of the purposes for the sun, moon and stars is to be pictures marking particular times.
[End of quote]
And he goes on to give his own picturesque star pattern for the Nativity (his 2 BC):

Imprisonment of St. John the Baptist
It is likely, as W. Sanday has noted (Outlines from the Life of Christ, p. 49), that the imprisonment of the Baptist took place after the Passover, and before the harvest of AD 26 (John 4:35); and soon after St. John had stated that “He must increase, but I must decrease”. Sanday considered that the events surrounding the Passover (of John 2:13-4:45) did not occupy more than three or four weeks, and when Jesus arrived in Galilee (see Matthew 4:12) the impression of his public acts at Jerusalem was still fresh. Sanday thought that his estimation of the date of the Baptist’s imprisonment was “somewhat strengthened by the fact that the Synoptic Gospels record no events after Christ’s Baptism and before John was delivered up, except the Temptation (Matthew 4:12; Mark 1:14 see also Luke 4:14); and because the Apostle Paul said that “as John was fulfilling his course, he said, ‘What do you suppose that I am? I am not He. No, but after me One is coming, the sandals of whose feet I am not worthy to untie’.” (Acts 13:25)”.
These words tend to place the end of the Baptist’s career rather early, because the message here referred to was proclaimed by him when he announced the Messiah, in autumn of AD 25 (John 1:26, 27).
Following Mackinlay (p. 64), we therefore estimate that St. John the Baptist was imprisoned about the middle or end of April, AD 26, when, as is apparent from Mackinlay’s chart, the morning star, appropriately, was not shining. 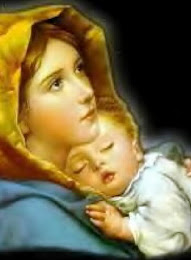 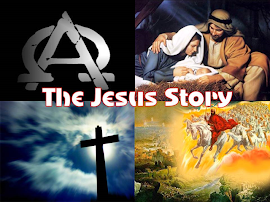